“The greatest sign of success for a teacher… is to be able to say ‘The children are now working as if I did not exist.'” ~Dr. Maria Montessori

Barbara has been a kindergarten teacher and directress / owner of Medford Montessori School for 40 years. She received her BA from Southern Oregon University and obtained a Reading Endorsement on her Oregon Teaching Credential. Barbara loves working with the children in her class and their families. She loves the bubbly energy of kindergarten students as they keep her feeling young and refreshed. She feels fortunate that she gets to come to a place each day doing what she loves.

After serving in the U.S. Naval Air, I attended Arizona State University graduating with a degree in education. My wife Barbara and I decided to brave the harsh winters of Vermont and moved to Westfield, a very small village near the Canadian border. I was employed with the Orleans School District and taught 4th grade for two years.

We loved the area, but after our daughter was born we moved to California where both sets of parents lived. I secured a teaching position with the Trinity County School District, teaching K-8th grade in the mountainous community of Zenia.

While there, two important events took place. First, our second child was born at home which was quite an experience. Second, a large farmhouse was purchased and turned into a private high school offering alternative education. During the two years in Zenia, Barbara and I became friends with the teachers at the alternative school and it was at that time we made a decision to look into starting our own private school.

It was during this time that our plans for starting a private school began to take shape. My wife completed her degree in education and we enrolled our daughter at the Medford Montessori School, which was fairly new. My wife volunteered there and learned that the director/directress had decided to move out of the valley but wanted the school to continue operating. With Montessori training, my wife and I took over in 1976.

Our dream became a reality and throughout the forty plus years of teaching at Medford Montessori School, we continue to strive for quality education. Much appreciation goes out to our devoted, caring, loving, and creative teachers who also strive for excellence and have helped make MMS a special educational environment for your children.

Jana has been a part of the MMS family since 1976. She joined Medford Montessori School after graduating from Humboldt State University in Northern California with a teaching certificate for K-Adult education. School is her home away from home and every student in her class is a priority in her life. She feels very fortunate to work with such wonderful families.

A graduate of University of Oregon, Carrie is beginning her third year co-teaching with Jana in the preschool classroom. Carrie is loving, creative, energetic, and fuels a child’s love of learning.

Rachel has been teaching at The Medford Montessori School for 21 years. She attended MMS from preschool through third grade. Rachel received her Montessori Certification from The North American Montessori Center. She taught in our preschool classroom for 18 years and is in her 3rd year teaching in our Lower Elementary program.  She feels blessed to have both of her daughters, Edynn & Braelyn, at the school with her. Rachel is very passionate about the Montessori Method and loves being a teacher.

Rose has taught at M.M.S. in Kindergarten for the past seven years. She also has previously directed the school’s Willows Extended Day Program. Rose attended San Marcos University in Southern California and has obtained her Montessori certified teacher endorsement. As a child, Rose attended a Montessori school and is enthused and committed to now be teaching the method!

Rainy is passionate about children, the Montessori Method, and her job. She is a 1985 graduate of Medford Montessori School where she spent the first five years of her school days as an MMS student. Rainy returned in 2001 when her son was ready for preschool.   She is filled with gratitude every day that she gets to wake up and go to school where she get to keep learning from so many wise teachers (of all ages)!

Stefanie obtained her bachelors in Psychology and Human Development from the University of Kansas.  Later she obtained a Masters of Education in Elementary Education in Kansas City, Missouri.  Her initial desire to work with children started much earlier in her own elementary experience at a Montessori school.  She was fortunate to attend that school up through 6th grade.  Her basis for all other learning has stemmed from that experience.

Stefanie has worked in many teaching environments and with age groups from infants to adults.  Each setting has helped form who she is today.  She is thrilled to be working in a Montessori environment where she can inspire and ignite student’s thirst for knowledge as her teachers did for her.

Jami was born and raised in Southern Oregon. She left the area to attend Western Oregon University, graduating with a degree in Elementary Education. Jami returned home to Southern Oregon to be near family and the beauty of the mountains. She worked in the public schools until she was invited to join the MMS family in 2006. Jami loves being a part of the rich learning environment and being able to teach to each child’s individual learning style. She enjoys finding what works for her students. Each child is unique with different needs and interests and it is her job to help them on their journey to becoming lifelong learners.

Shannon attended Medford Montessori School from preschool through third grade and is a member of the school’s first graduating class! After graduating from MMS, Shannon spent many weekends and summers at the school aiding teachers, preparing materials, and helping her parents (Barbara and Scott Sheaffer).

In 1994, Shannon earned a B.S. in Psychology and Business at the University of Oregon. After graduating, she decided to pursue a master’s degree in Elementary Education Curriculum and Instruction from Southern Oregon University. She holds an English Language Learner Endorsement and is National Board Certified. This year marks her 23rd year teaching. To date, she has taught grades K-2 and 4-6. She feels fortunate to come to a classroom each day that is full of curiosity, smiles, and learning.

Rose has taught at M.M.S. in Kindergarten for the past seven years. She also has previously directed the school’s Willows Extended Day Program. Rose attended San Marcos University in Southern California and has obtained her Montessori certified teacher endorsement. As a child, Rose attended a Montessori school and is enthused and committed to now be teaching the method!

Having grown up attending MMS, from preschool through 3rd grade, she is extremely proud to be a member of the staff, now helping to provide the same excellent educational foundation that she benefited from!  Her name is Michelle Calascibetta and she holds a Master’s Degree in Education from Portland State University, where she focused on farm-based education for sustainability. With a passion for connecting children to food and where it comes from, Michelle leads the “Jackson Street Bistro,” a weekly Culinary Arts program for the Upper Elementary students. In addition, Michelle runs the Willows extended day program, along with assisting Rachel Latvala (her sister) in the Juniper Room (1st-3rd) a couple afternoons a week. Michelle truly loves being a part of the MMS family! 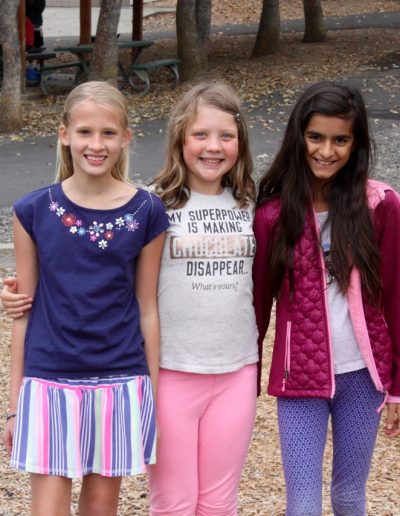 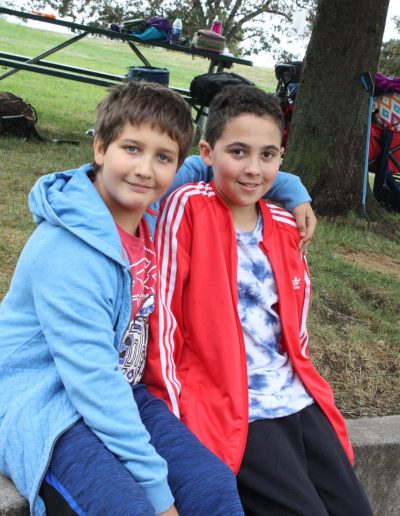 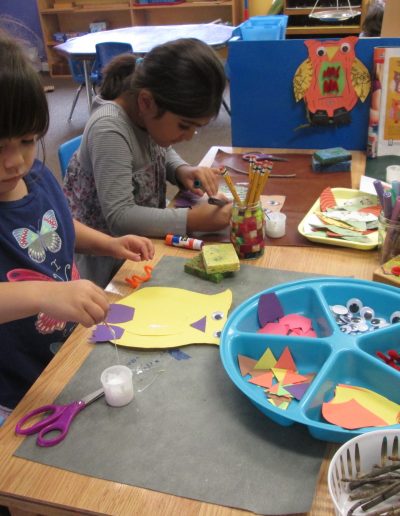 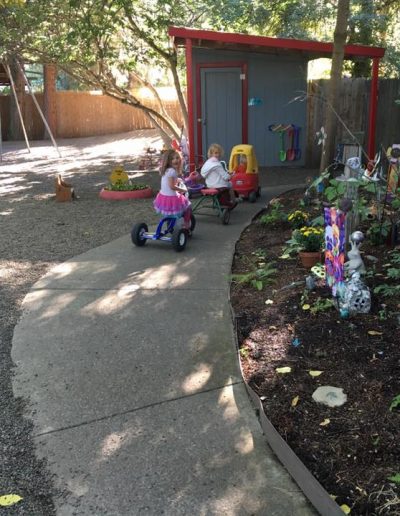 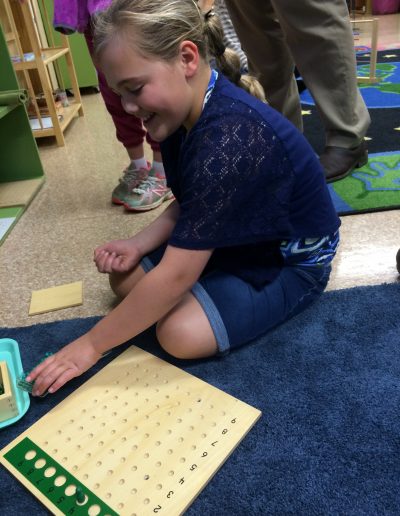 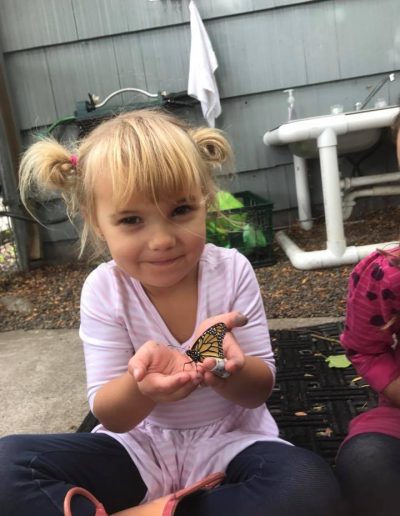 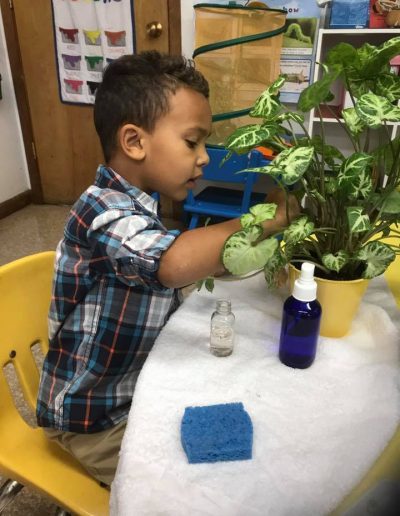 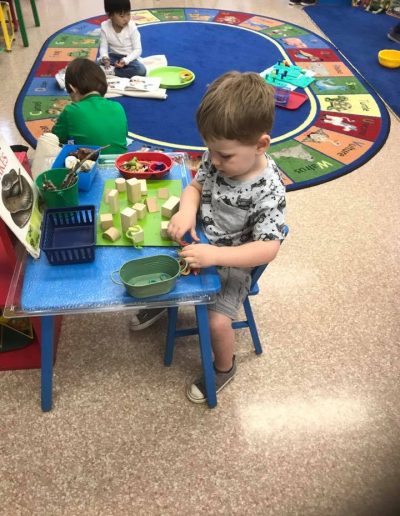 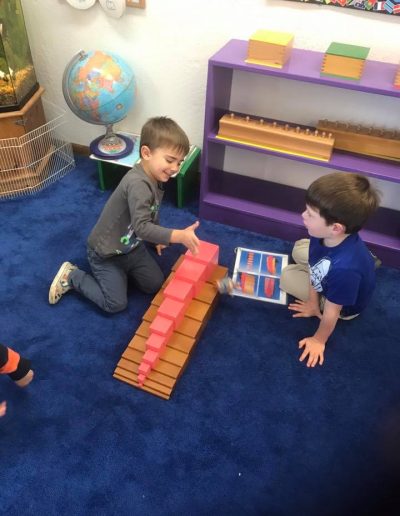 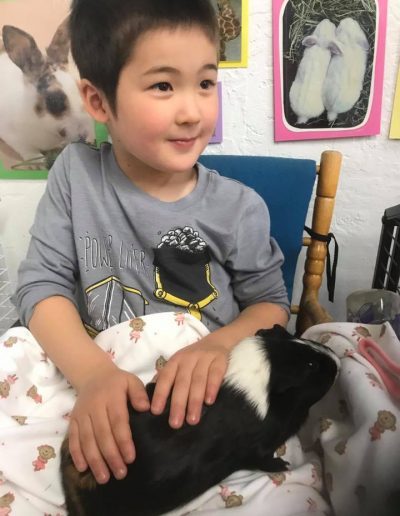